Elections are a defining feature of contemporary democracies. The precise rules governing elections can have an important impact on a diverse set of outcomes related to things like identity formation, political representation and accountability, economic policy, public goods provision, coalition formation, levels of corruption, party systems, and various forms of voter behavior. This resource constitutes the latest version of Bormann and Golder’s (2013) widely used Democratic Electoral Systems (DES) dataset, which provides detailed information on the electoral rules used in all democratic elections around the world as well as the size of party systems.

Version 3.0 of the DES dataset covers democratic elections from 1946 (or independence) through 2016, and provides information on 1,341 legislative elections and 498 presidential elections. Since we classify regimes as democratic or dictatorial based on the coding rules found in Przeworski et al. (2000), the new version of the DES dataset can also be used as an updated version of Cheibub, Gandhi, and Vreeland’s (2010, 69) popular Democracy and Dictatorship (DD) data, which, until now, only ran from 1946 to 2008.

All versions of the dataset are available on Matt’s homepage. You can find the shiny app to explore the data in greater detail here. 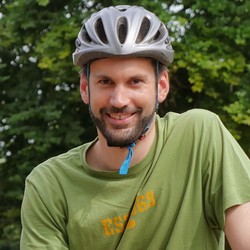 I am a political scientist who studies the causes and consequences of elite power sharing, civil wars, and threats to democratic survival.