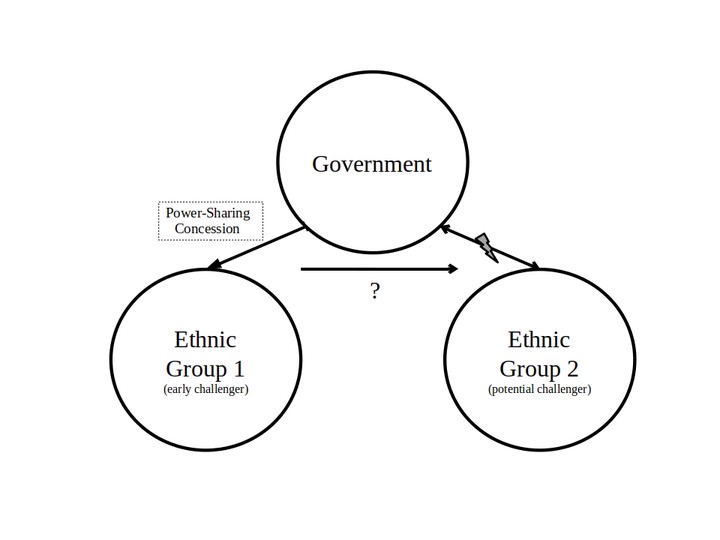 Do power-sharing concession trigger intrastate conflict with other groups?

Barbara Walter’s application of reputation theory to self-determination movements has advanced our understanding of why many separatist movements result in armed conflict. Walter has shown that governments of multi-ethnic societies often respond to territorial disputes with violence to deter similar future demands by other ethnic groups. When governments grant territorial accommodation to one ethnic group, they encourage other ethnic groups to seek similar concessions. However, a number of recent empirical studies casts doubt on the validity of Walter’s argument. We address recent challenges to the efficacy of reputation building in the context of territorial conflicts by delineating the precise scope conditions of reputation theory. First, we argue that only concessions granted after fighting should trigger additional conflict onsets. Second, the demonstration effects should particularly apply to groups with grievances against the state. We then test the observable implications of our conditional argument for political power-sharing concessions. Using a global sample of ethnic groups in 120 states between 1946 and 2013, we find support for our arguments. Our theoretical framework enables us to identify the conditions under which different types of governmental concessions are likely to trigger future conflicts, and thus has important implications for conflict resolution.